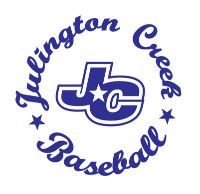 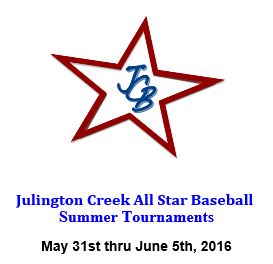 *Limited to 8 teams per division

** NO TRAVEL TEAMS ACCEPTED. This is a Babe Ruth/Cal Ripken Tournament**

Email – Patrick Kincaid at patrickkincaid@synovus.com with your intention to play. Tournament coaches meeting May 19th at Mills Field, above the concession stand.

Please fill out the below make copy and return with payment to:

Eligibility – Rostered players must be league age 6u or younger. Players must have participated on a Cal Ripken roster during the regular season in order to be eligible for this tournament. Proof of age via Babe Ruth cards or birth certificates may be asked if needed.

Equipment - Tees and balls will be provided for all games. 1) Teams may use a Tee of their own while at bat, subject to Tournament Director approval. 2) Regular Cal Ripken League baseballs will be used. 3) All players are required to wear approved batting helmets while batting. 4) Baseball bats cannot be larger than 2-1/4” barrel. No softball bats are allowed. Use of an illegal bat will result in the batter being called out. 5) Catcher MUST wear a catcher’s mask and chest protector – shin guards are optional.

Home Team: Will be designated 3rd base dugout. Will have official score.

Dugouts - Manager, 2 coaches, rostered players and a team Mom/Dad may be in the dugout.

Scoring - When any team’s sixth run of any inning is scored, the inning shall be considered over, even if the team batting has less than 3 outs assessed against them.

Game length - Six innings (5 ½ if the home team is ahead) and no new inning will begin after play has lasted one hour and thirty minutes. A game shall be considered regulation if a team is ahead by 15 runs after 3 innings ten (10) runs after four (4) innings or three and one half (3 ½) by home team, at any time during the game, if a team is unable to surpass the other team due to the 6 run per inning rule, the game will be terminated. Every effort will be made to complete a game in progress. Extra innings may be played until a winner is determined in elimination play. No time limit in Semi-Final and Championship games.

Batting - All rostered players will be presented in a complete batting order, and that list will be presented to the umpire at the start of each game. Any team with less than 10 batters will take an out each time the 10th batter is scheduled to bat.

An offensive coach will pitch the ball from a line 30ft from the back of home plate. The coach must have both feet on or behind the line to start pitching.

A batter may get 3 pitches or 2 strikes.  After the 3rd pitch or 2nd strike, the ball will be placed on the Tee. The batter has one attempt to put the ball into play off the Tee. When hitting off the tee and a swing and miss occurs or if the swing results in a foul ball the batter is out.

Fielding - A fourth outfielder will be allowed defensively. There shall be ten (10) players on the defense. Play ends when the umpire calls time out.

Defensive players/coaches position - A maximum of six (6) players including the catcher are allowed to play in the infield. Pitchers are required to remain on the pitchers mound until the ball is hit.

Two defensive coaches will be allowed on the field. Coaches must be positioned and remain in foul territory at least 15' beyond first and third base. If any coach attempts to intimidate, coerce or otherwise negatively affect the opposing team, they will be removed from the field/game at the umpire’s discretion.

Time out request - In accordance with the rules of baseball, time out is requested by a coach/player, and then granted by the umpire, at the umpire’s discretion. Before a timeout shall be granted to the defensive team in a live ball situation, the defense must cause the offense to cease play (i.e. force the base runner(s) into a non-advancing situation) or have control of the ball and both feet in the pitchers circle. A runner must be past the 40ft go back line when time is called to be awarded the next base.

At the umpire’s discretion, play may be stopped if in the judgment of the umpire there is an injury to a player. He would then award runner/batter bases accordingly and to the best of his judgment.

Overthrows - Players can advance as many bases as possible, until the play is called dead by the umpire.

Protests - Will be ruled on immediately by the protest committee/tournament director. A $100 protest fee will apply.

Ejections – Ejections during a game are for the remainder of that game. Additional punitive action may be imposed at the discretion of the Tournament Director.

Appeal – Any appeal will be allowed during a dead ball period by the manager.

*** Games will start early if fields and umpires are ready to go. Please arrive in plenty of time for warmups. Tournament director on site will advise the teams if they will be starting early. It is possible games could start up to 30 minutes early.

No animals (unless they are used for medical reasons)

NO COOLERS or outside food/beverages full concessions will be provided the entire tournament. (1 Team cooler is permitted with drinks)

NO Skate board, scooters, or anything with wheels

Please make sure that your participants know to lock their vehicles and make sure valuables are not visible.

No Smoking/ Tabaco or Alcoholic beverages are permitted. This includes the parking lot areas.

**Any changes to these rules will be announced and discussed at the Pre-Tournament meeting.

JULINGTON CREEK BASEBALL 8A AND 8B ALLSTAR TOURNAMENT

*** Games will start early if fields and umpires are ready to go. Please arrive in plenty of time for warmups. Tournament director on site will advise the teams if they will be starting early. It is possible games could start up to 30 minutes early.  PARK RULES:  Please make sure that your participants know to lock their vehicles and make sure valuables are not visible.No Smoking/ Tabaco or Alcoholic beverages are permitted. This includes the parking lot areas.Brackets will be updated on the website below as well. All teams should show up for assigned game times regardless of what the weather is in your area unless notified by JCB Tournament Director.

NO Skate board, scooters, or anything with wheels

NO COOLERS or outside food/beverages full concessions will be provided the entire tournament. (1 Team cooler is permitted with drinks)

No animals (unless they are used for medical reasons)